Eric Born is appointed CEO on 28 November 2022, succeeding Gavin Slark who stepped down after eleven years in the role.

Grafton announced on 1 July 2021 that it had entered into an agreement to divest its Traditional Merchanting Business in Great Britain to Huws Gray.

IKH is one of the largest workwear, PPE, tools, spare parts and accessories technical wholesalers and distributors in Finland.

“We are delighted to announce completion of the IKH acquisition, a business that has an over 50-year heritage in the Finnish market.  We believe that IKH is a very good strategic and cultural fit for Grafton and we welcome our new colleagues in Finland to the Group.

The acquisition of AVC (StairBox) Ltd, an industry leading UK manufacturer and distributor of bespoke wooden staircases trading as “StairBox” was completed on 1 December 2020.

Founded in 1994, StairBox has a pioneering focus on the use of technology, operational expertise and a culture dedicated to continuous improvement that enables it to cost effectively manufacture an extensive range of high quality customised staircases.

"“StairBox is a dynamic manufacturing business with a best in class on-line solution at its core. It has an efficient production process, nationwide distribution and strong growth potential. The acquisition of StairBox is in line with our strategy of acquiring specialist high quality businesses with attractive returns. We are delighted with this acquisition opportunity and the skills and experience that the management team under the leadership of Alex Hancock will bring to the Group.”"

Grafton announced on 30 August 2019 that it had entered into a conditional agreement for the sale of its Belgian merchanting business.  The transaction completed on 4 October 2019.

2019 - acquisition of Polvo BV, one of the top three leading businesses in the specialist ironmongery, tools, ventilation systems, fixings and related products market in the Netherlands.  It trades from 51 branches and is an excellent geographic fit with the Group's Isero branch network.

The Group acquired Gunters en Meuser, a distributor of tools fixings and ironmongery from 14 branches in the Netherlands, provides the existing Netherlands business with a strong presence in the Greater Amsterdam Area.

Michael Roney was appointed to the Board as Non-Executive Director, Deputy Chairman and Chairman Designate on 1 May 2016 and assumed the role of Chairman on 1 January 2017 following the resignation of Michael Chadwick.

2015 - acquisition of Isero BV, the leading specialist distributor of tools and fixings trading from 38 branches in the Netherlands.

June 2014 - acquisition of Beaumont Forest Products, a specialist timber merchant which trades from three branches in the Greater London Area.

December 2014 - acquisition of Crescent Building Supplies (Ruislip) Limited, a general merchanting business trading from three branches in West London and one in Berkshire.

February 2015 - acquisition of TG Lynes Ltd, a leading distributor of mechanical engineering products for use in commercial and public sector buildings, apartments and industrial processes.

July 2015 - acquisition of Carlton Manufacturing Limited, a leading manufacturer of concrete and mortar products that are produced in waterproof and recyclable packaging with a mainly residential RMI orientated product focus.

November 2015 - acquisition of Wollens, a general merchanting business trading from two branches in Glastonbury and Cannington.

January 2016 - acquisition of T Brewer & Co Ltd, a London based specialist timber business that trades from three branches in Clapham, Enfield and Amersham.

Following a review of listing arrangements, the Board decided to cancel the Company's listing on the Irish Stock Exchange while maintaining its Premium Listing on the London Stock Exchange. This was a logical development as three quarters of the Group's revenue has for some time been generated in the UK and most of the Group's development activity is taking place outside of Ireland. These changes facilitated the inclusion of Grafton in the FTSE 250 and exposes the Group to a wider pool of international investors.

1930 - William Chadwick acquires control of a small firm engaged in the manufacture of concrete blocks and roof tiles, in Dolphins Barn, Dublin, which his company was supplying with cement.

1931 - Concrete Products of Ireland is registered as a private limited company.

William Chadwick dies leaving his son Terence Chadwick in charge of the business.

1946 - Concrete Products of Ireland re-locates from Dolphins Barn to a 50-acre site in Lucan, Co. Dublin. 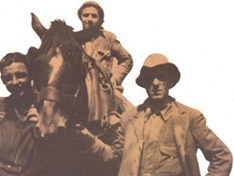 Marley Limited increases its holding to 51%.

1967 - Chadwicks expansion begins with a new branch in Kilkenny.

1977 - Chadwicks become one of the first companies in Europe to run a fully computerised building supply operation.

1978 - CPI are the largest manufacturers of roof tiles in Ireland and their tiles have been used on over half the houses in the country.

1987 - Marley plc decides to concentrate on the manufacture of building materials and as a consequence sells its controlling shareholding in Concrete Products of Ireland to management and institutional investors.

The Group opens its first DIY retailing store in the Irish market.

1988 - The Group changes its name to Grafton Group plc

1994 - Acquisition of H. Bradley Ltd., a six branch plumbing and heating merchant in central London and Lumley and Hunt, a five branch plumbers merchant operating in and around Sussex.

This business adopts the EuroMix silo mortar business model and technology, which has been successfully developed by CPI, the Group's Irish concrete products business.

1996 - The Group continues it's strategic development in the UK with its acquisition of R.J. Johnson in Oxford.

1997- Buildbase is established as the trading name for the Group's UK builders merchanting operation.

The Group adds a further 14 locations through six small but significant acquisitions and achieves critical mass in its UK operations.

1998 - six additional acquisitions are made adding a further 19 locations, including the London based Deben Builders Merchants business with 10 branches and A R Hendricks Limited, a heavyside builders merchant trading from five branches.

Plumbase is established as the trading name for the Group's UK plumbers merchanting operation.

1999 - The Group continues it's bolt-on acquisition programme adding 16 more locations, through eight acquisitions in the UK.

Over 50% of group turnover is now from UK operations.

Plumbase more than doubled its size with the back-to-back acquisitions of E J Thompsons and Essex Heating Supplies, taking the branch network to 85 branches that included the opening of 8 greenfield sites.

2002 - A record year with a total of 15 acquisitions adding a further 39 branches to the UK merchanting network.

These acquisitions included five small chains: Lakes in Derby, BMB in Barnsley, PDM in Edinburgh, Aizlewoods in Rotherham and JKS Heating and Plumbing Supplies in Manchester.

2008 - The Group enters into the Belgian merchanting market

2005 - Grafton completes the takeover of Heiton Group plc for a total consideration of €359 million in cash and shares. This business includes, among others, the No. 1 builders merchanting operation and the No. 2 DIY retailing brand in Ireland. It is a good strategic fit with Grafton's existing operations and consolidates its position as the leading player in the Irish market.

Overall Heiton Group plc has over 50 trading locations (six in the UK), an average of 1,900 employees and a turnover in excess of €500 million. Heiton Group plc is named Finance Magazine's Deal of the Year.

Continued organic growth with the development of 19 greenfield outlets, 4 new Irish DIY stores, a new dry mortar plant in Bristol and 14 merchanting outlets across the UK.